Circular No. 35/2019/TT-BLĐTBXH issued by the Ministry of Labor, War Invalids and Social Affairs issued on December 30th, 2019, regulates the adjustment of the monthly salary and income for which social insurance premiums have been paid.

In particular, the adjustment rate of salary for which social insurance have been paid of the corresponding year is made according to the below table:

b. Monthly income on which social insurance premiums have been paid for voluntary social insurance participants who receive pensions, lump-sum benefits upon retirement, lump-sum social insurance or death for which a relative is entitled to a lump-sum survivorship allowance during the period from 01 January 2020 to 31 December 2020, will be adjusted according to the following formula.

In particular, the adjusted monthly income for which social insurance premiums have been paid in the corresponding year is made in Table 2 below:

On January 8th, 2020, the Government issued Decree No. 08/2020/ND-CP stipulating the organization and operation of Baliff.

According to Decree 08/2020/ND-CP, cases that the Bailiff is not allowed to issue a record, include:

+ Confirming the content, the execution of contracts, transactions prescribed by law within the scope of notarization and authentication activities; certifying the accuracy, legality and non-social morality of the translation of papers and documents from Vietnamese into foreign languages ​​or from foreign languages ​​into Vietnamese; confirm the signature, true copy to the original.

+ Recording events and acts to conduct illegal transactions of the person who requests to make the record.

+ Recording the events, acts which are not witnessed directly by the Bailiff.

From January 7th, 2021 to January 9th, 2021, Apolat Legal organized the company retreat for all members at Vung Tau City. This is the time for all to look back on the year over and enjoy the holiday after the hard-working days.

Over the years, Apolat Legal has supported domestic and foreign clients to address business issues and settle complex legal risks. We have been efforts to expand international cooperation, connected with the organization, associations, with the belief that the industry of legal services must always change to adapt to the wave of globalization and the digital economy.

Building a system with its headquarters in Ho Chi Minh City, Apolat Legal also expands its scope of operations in Hanoi.

The 5th anniversary of Apolat Legal and preparing for the 2nd 5-year plan, the year 2021, and the following years will mark further innovation and development.

Apolat Legal, with enthusiastic, responsible and aspiring people. Youthful, dynamic and friendly working environment; reasonable and attractive facilities, recruitment and treatment for talents… Apolat Legal aims to be in the top 20 leading law firms in Vietnam by 2025.

Some images at YEP night: 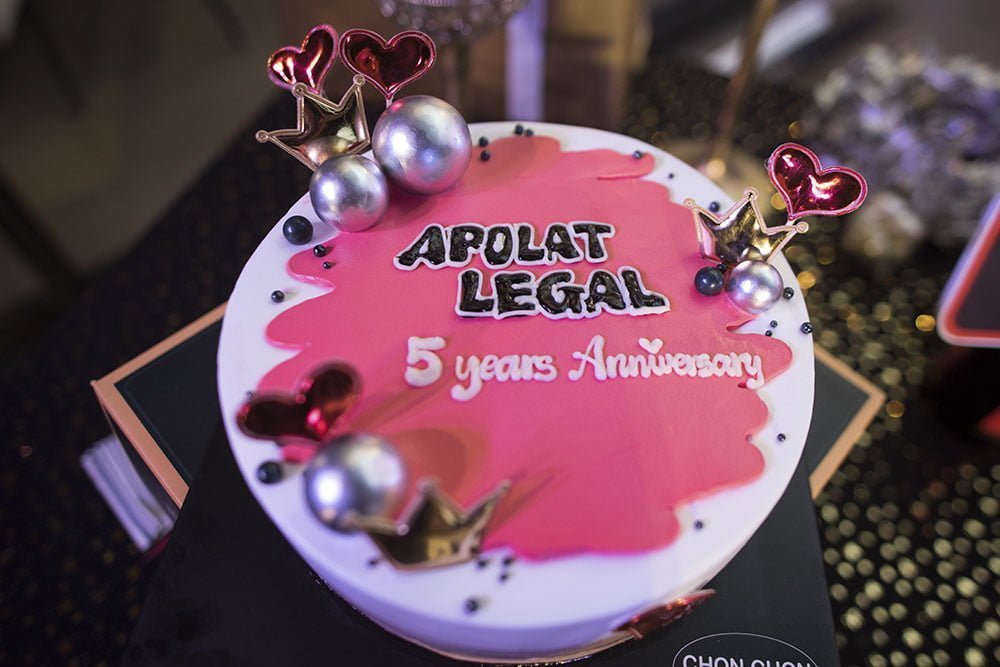 Apolat Legal would like to inform you that all Apolat Legal’s members will participate in our annual company retreat:

1. On December 18th, 2020, The Supreme People’s Court issued Official Dispatch No. 199/TANDTC-PC announces the results of online answers to some problems in bankruptcy settlement

According to the Official Dispatch, the Supreme People’s Court has answered the issues that the courts need to pay attention when settling the bankruptcy procedure as follows:

Firstly, the status of an insolvency enterprise or cooperative must fully satisfy the following conditions:

Thirdly, in case the “Decision to open bankruptcy proceedings” is canceled by a superior court, the deposit of bankruptcy expense shall be refunded to the applicant, except for the case the applicant submits the dishonest bankruptcy claims.

2. The Ministry of Justice issued Circular No. 06/2020/TT-BTP dated December 17th, 2020, amending and supplementing a number of articles of Circular No. 08/2018/TT-BTP dated June 20th, 2018 guiding a number of issues on registration, providing information on security, contracts and information exchange on registered security, which comes into effects on January 01st, 2021

According to the Circular, collateral registered at the Asset Trading Registration Center as required from February 1st, 2021, has the following changes:

Secondly, supplementing provisions on online registration in case of not requiring a code to use the datebase of security measures.

Thirdly, amending, supplementing, and abolishing provisions on property which must be registered the security transaction, including:

1. The new regulation on the age of retirement and the health care for female employee

The Government promulgated two Decrees guiding the implementation of some contents of the Labor Code 2019, specifically the Decree No. 135/2020/ND-CP dated November 18th, 2020 regulating the retirement ages and the Decree No. 145/2020/ND-CP dated December 14th, 2020 defining and providing guidance on the implementation of many contents of the Labor Code on working conditions and industrial relations.

1.1.2 Retirement before or after reaching the specified age of retirement

1.2 The Decree No. 145/2020/ND-CP dated December 14th, 2020 defines and provides guidance on the implementation of several contents of the Labor Code on working conditions and labour relations, details as follows:

Besides, the Decree No. 145/2020/ND-CP has the new provision on requiring employers who have more than 1000 female employees must install lactation and storing breastmilk rooms in the workplace.

2. The Government promulgated the new project on supporting to reduce the electricity price, electricity bills (the second time) for customers using electricity

The Government assigned the Ministry of Industry and Trade to cooperate with the Ministry of Finance and related agency for implementing, ensuring strictness, right subject, and not allowing the policy to be abused for bad purposes.